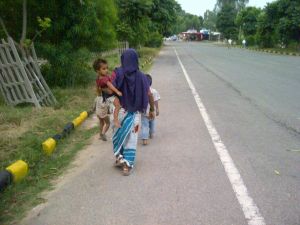 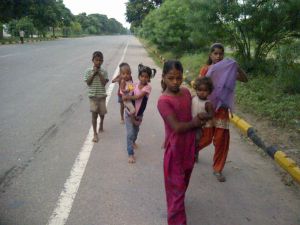 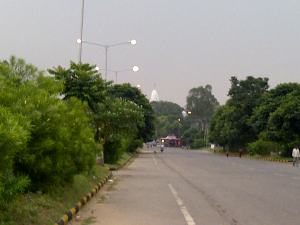 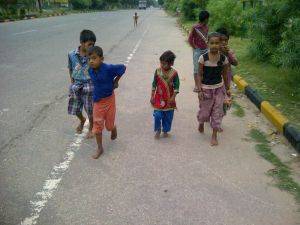 Children rush to get the morning ‘Parsad’ at Mansa Devi Temple from devotees. Tea and biscuits perhaps a proper meal is part of the morning free meals offered at the temple hall. The shining white spire of the temple welcomes all. People come to pay obeisance from all over India. Hundreds of thousands devotees throng to the temple during the auspisious days of Navratras in Mid September and early October. A period of fasting and abstinence from meat, spices and drinking. The end of this period is marked by Dussehra when an actor dressed as Rama symbolically kills giant sized  effigy of Ravana representing evil. The effigies of Ravana and his brothers go up in a blast of fire-crackers. This also marks the beginning of the festival season leading upto Diwali a sort of Hindu Christmas. The season also has ten days of plays from the story of Ramayana – the gentle and poetic Hindu Bible. It preaches the virtues of the ideal man–Maryada Purushottam.