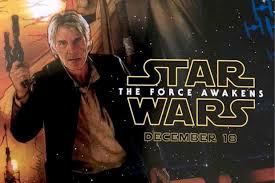 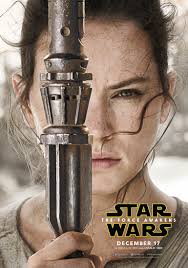 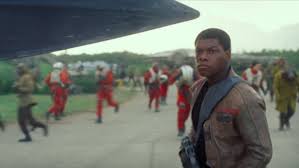 That massive spaceship crossing the Cinemascope 70mm screen with stereo sound is what Grandpa remembers most of the Return of the Jedi. He is a dedicated Star Wars fan. Now decades later somewhere near Christmas in a small town in India he expresses to his grandchildren his predilection for science fiction movies.

The children are aghast. “You want to see the new Star Wars movie? That’s all that you want?”

That question triggers a flashback. The old man watches himself standing in queue for a movie ticket at the Rs 1.50 window.

Grandpa’s teeth click together nervously in the tooth glass, his eyes get all wet and his lips tremble at the thought of such a dent in his credit card but he has to see Star Wars-The Force Awakens.

A grandchild shakes the old man out of his reverie. “Look Nana, it is already done; I booked the tickets on my iPad.” Grandpa looked in disbelief at the seating chart. He has been generously assigned a corner seat so he can run to and fro to the washrooms without disturbing anyone. Grandpa remembers standing in queue and having his shirt buttons pulled out of their sockets by a rowdy man clinging to him in the queue thirty years ago. The Force of the Internet has really awakened.

Watching the movie the old man is dismayed at the sight of Harrison Ford. He thinks, ‘my God he looks terrible; he looks 80 years old but got 25 million dollars for that.’ He is dismayed too by Kylo Ren a puny version of the gigantic Darth Vader. He can’t but help thinking that he is too womanly when the mask is taken off. Too soft and long haired and pasty skinned. Grandpa is glad that Chewbacca and the spaceship Millennium Falcon still look young as ever. Princess Leia has rather aged badly and is chunky in her Robin Hood outfit?

Most impressive are the two new stars in Daisy Ridley as Rey and John Boyega as Finn.

Grandpa goes to sleep unfortunately before the end of the movie and misses Luke Skywalker. He goes back home a bit disappointed. His own imagination of his Star War movies was better than the latest episode of the Force Awakens. This movie was but a young collage of the old movies. He was excited indeed at the appearance of C-3PO and R2D2.  He of course loved the new robot BB-8.

“Hype, Hype, Hype. People have just got rolled by this Star Wars Juggernaut.”

“Give me Jabba the Hut any day and Sir Alec Guinness and the heavy breathing Darth Vader.” Grandpa also is sure that George Lucas would have done a better job. He did not care much for the diet coke and caramel popcorn. He missed the fried hot dogs, samosas, sweet tea or coke of yore. He was also surprised that the hall was half empty. In his time halls were full and brimming with extra chairs. People he heard were flocking to the Hindi movie Bajirao Mastani.

‘Go and seek but ye shall not find in this one.’ Is Gramps final verdict.  Grudgingly though he feels like Robbie Collin of The Daily Telegraph felt that it was “a perfect blend of old and new, in keeping with the old-fashioned Star Wars aesthetic.”