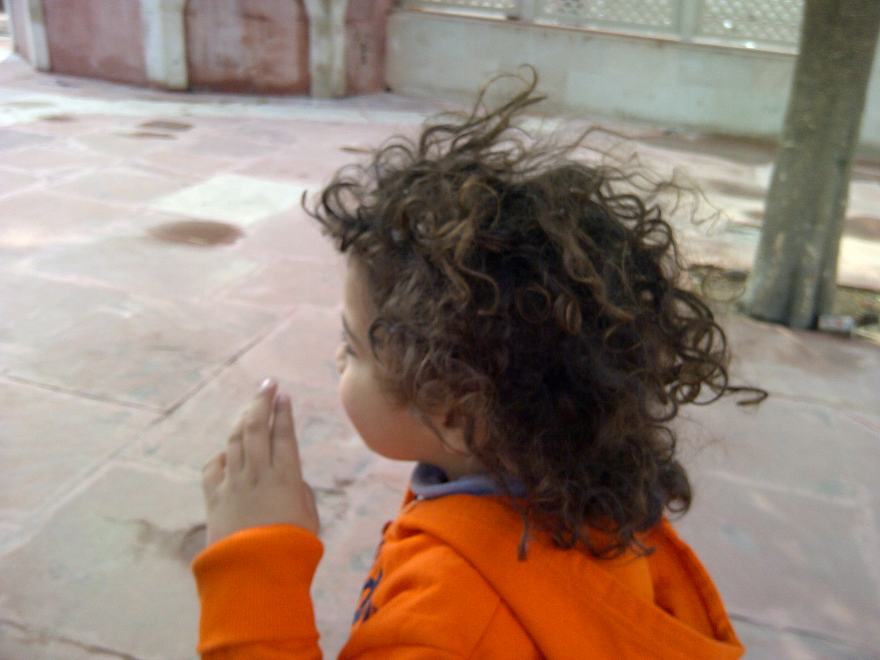 Hindus believe in birth and rebirth. It is not strange for a Hindu family to believe in a previous life and rebirth. A fairly common ceremony held in Hindu families is that of Mundan. When a boy is one or when he is in his third year after birth he is taken to a temple for a total head shave.

This tonsure represents a break with the child’s previous life. It has been observed that after this ceremony, children become happier and carefree as if shorn of worldly worries. Elders in Hindu families will point to this as reaffirmation that Mundan causes a break with the burdens of one’s earlier life.

The child sits in the lap of his mother and a barber shaves off the hair with an old fashioned long handled razor. A new blade is inserted before the tonsure begins. The child’s hair is bedecked with flowers and colored sacred thread (mauli).

It was my good fortune to be part of my grandson’s (daughter’s son) Mundan. Aaroo is a very voluble child. He can throw a royal tantrum on demand. The night before the ceremony we certainly slept with some trepidation at the impending haircut. We had paid a visit to Mansa Devi Mandir(temple) on Sunday to find out about the ceremony and how it was done. We were pleasantly surprised to find that the temple’s Trust had recently spent Rs. 50,000,000 on the creation of a special area for tonsures and the related prayers. 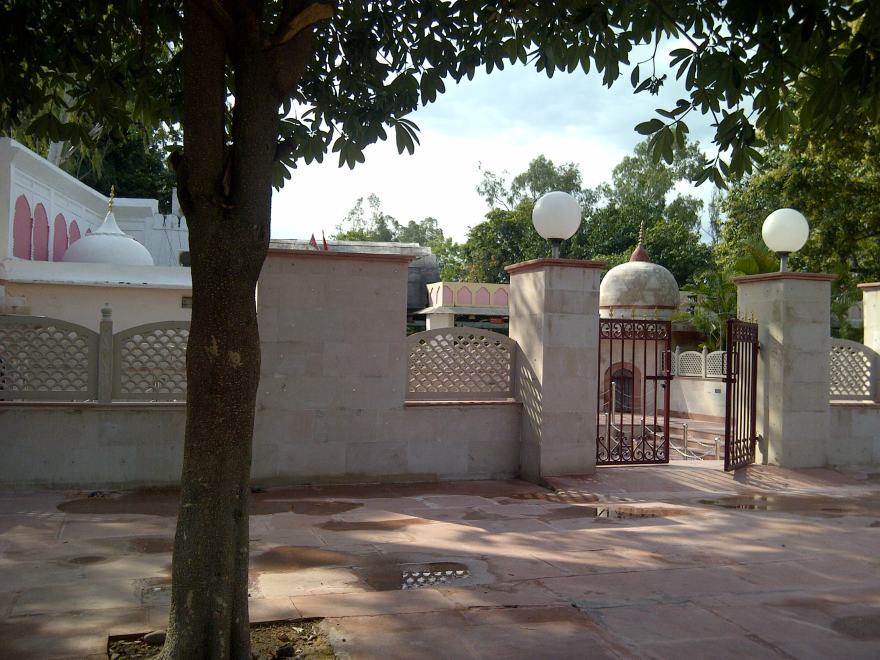 On Monday we arrived at the temple at a half past nine. The auspicious period had been decided by a priest as being between ten and eleven in the morning. It was good that it was a Monday because the place otherwise is very crowded on weekends.

We contacted the barber and the priest on the phone. They appeared promptly like magic genies.

We looked with longing at the children who were sitting in their respective mother’s laps and getting tonsured so docilely. I looked at Aaroo. He already had some doubts on his face. I knew that he was not going to give into this ceremony quietly. 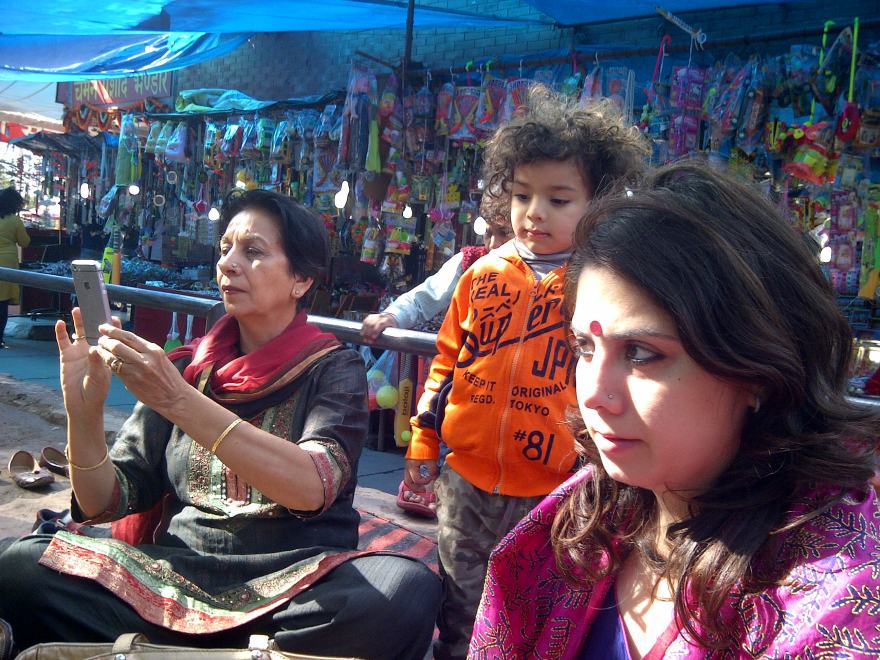 He did not disappoint us. He set up such a massive wailing, crying and shouting that parents of other Mundan ceremonies feared for the calm of their children being broken by this bawling Aaroo.

All praises to the barber and Aaroo’s mother Pia. Rajiv the barber held the head firmly all the while talking to Aaroo. It was an interminable half hour in which a new high in bawling decibel levels was recorded at Mansa Devi Mandir. 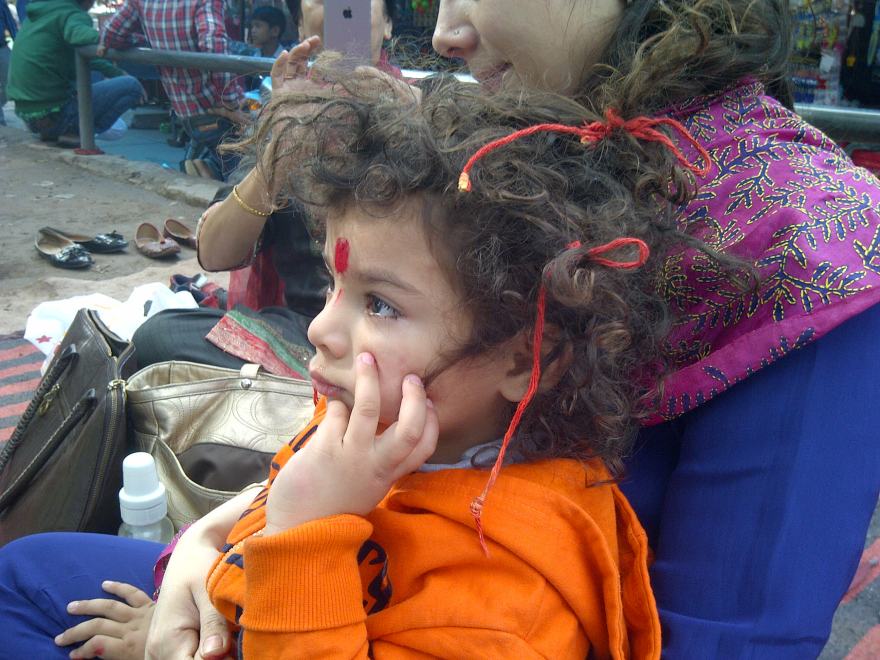 With sighs of relief we thanked the Panditjee and Rajiv copiously for having accomplished the seemingly impossible. 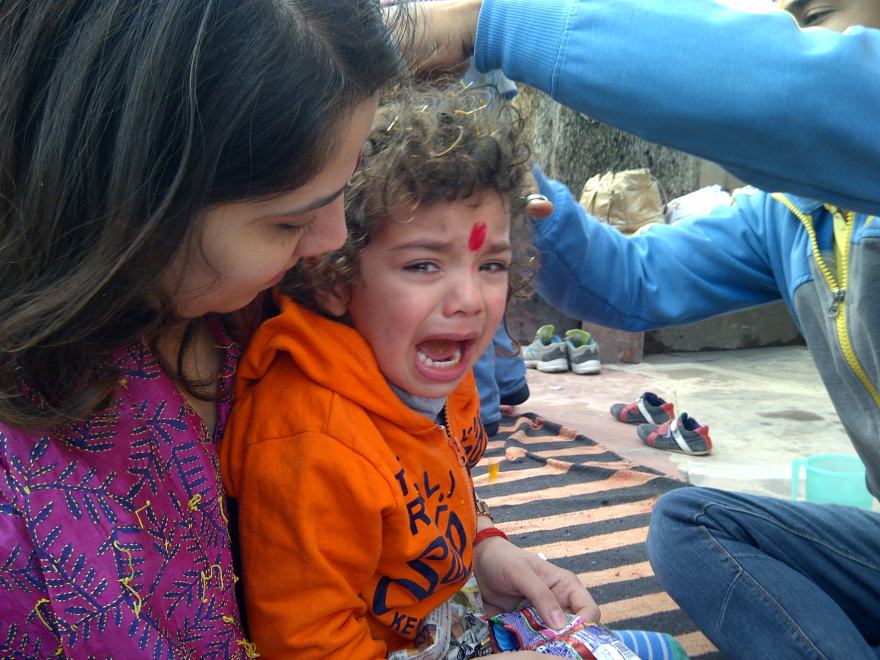 As a relief we bought him a digger toy (his favorite mode of transport after a tractor—I’m sure he was a farmer in his earlier life). The next and final step was to immerse the shorn hair into a flowing water body. The nearest to us is the Ghaggar river once the cradle of the Indus Valley Civilization. This final step having been taken we returned home having accomplished what earlier seemed like Mission Impossible. 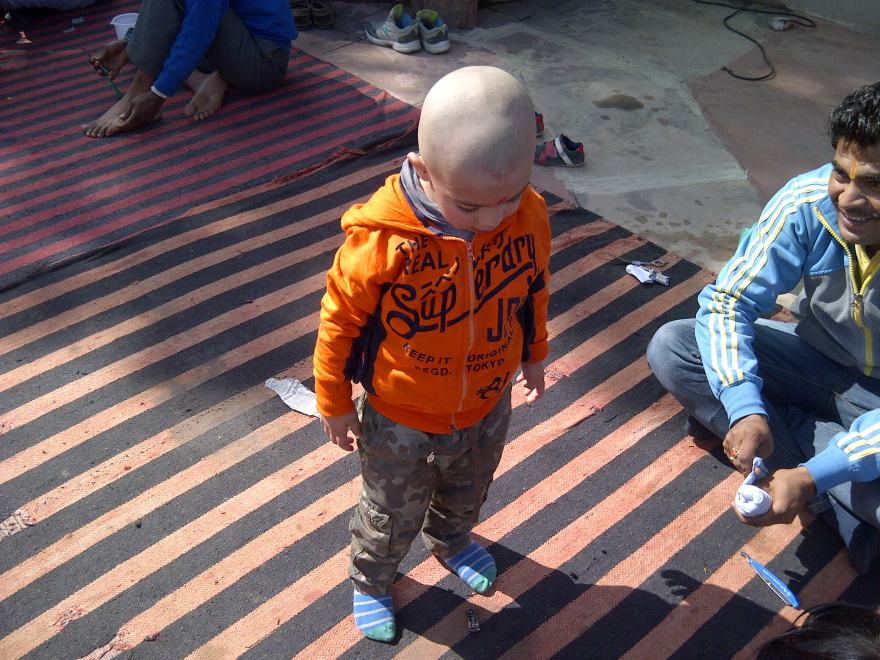 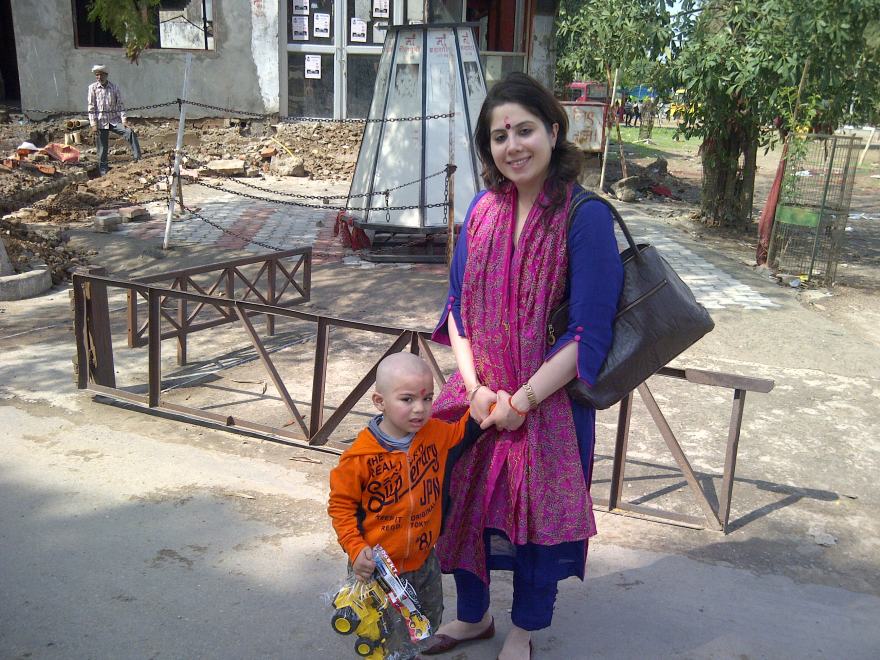