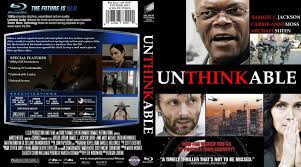 PK—Movie Review
KUDOS TO AAMIR KHAN= TOM HANKS OF BOLLYWOOD
I enter cinema halls to watch Hindi movies with a lot of trepidation. Am I in for 150 minutes or more of boredom? Will I be inundated with screeching and wailing songs and corny dialogue?
PK the movie swallowed me and took me on an enjoyable amusement park ride. It is an alien’s search for God on Earth. The alien does not meet God anywhere; neither in temples, churches or Gurudwaras.
Aamir Khan whom I consider the Tom Hanks of Bollywood or Indian Cinema takes the role by the scruff of the neck and carries it with élan to the end of the movie. Both these stars excel in their excellent protean abilities of merging into their character seamlessly.
Four stars to the movie; one star less because of some over-colorful and irrelevant digressions from the main theme.
Hindi movies ride to glory on the back of popular songs. This movie has at least 2 such super-hit songs. Oh, to be a lyricist of Hindi movie songs. They are sung on the streets of urban and rural India.
Story—Rajkumar Hirani and Abhijat Joshi.
Direction—Rajkumar Hirani.
Music for songs—Shantanu Moitra; Ajay-Atul; Ankit Tiwari
Background music – Sanjay Wandrekar and Atul Raninga.
Lyrics—Swanand Kirkire, Amitabh Varma and Manoh Muntashir
The heroine is played amiably, amicably and admirably by Anushka Sharma. The story is also narrated by her.
Sanjay Dutt as usual is superb in his cameo role.
The theme of the movie reminds me of the Bible quote:-
“Heaven is my throne, and earth is my footstool; what house will ye build me?—Acts 7:49 KJV

‘Happy Ending’ is a fun movie. Saif as the Casanova who never falls in love does a great job. I loved his caricature of his muse/conscience that appears as a duplicate of (I feel) music director Pritam. I found Saif as the doppelganger superb. I don’t laugh easily but every time Yogi appeared it was as if someone was tickling my underarms.
Sex and live-in relationships are a new bone discovered by movie makers in India. Many movies have smelled, bit and chewed this bone with some good results. This movie explores one aspect of this huge subject in a very pleasant manner. This live-in thing could not have been thought of a decade ago. It is burgeoning now strangely to say because of the Information Technology and Communications success in cyber cities like Gurgaon, Hyderabad and Bangalore. Also it was always there hidden in the metropolitan cities of Mumbai, New Delhi, Kolkata and Chennai. It is a side effect of being open to western influences. In India it has led to a pleasant churning of western mores and then representing them after a twirl in a softy ice cream form. That’s what India does over time; it converts its historical invaders, rapists and imperialists and turns them into Indus clones, apparatchiks and fans.
Everyone has acted superbly in this romedy (romantic comedy) genre. Kalki Koechlin is as usual her superb self. The Telugu superstar Ileana D’Cruz plays her part well as a successful writer. Saif too is a writer in the movie. Ranvir Shorey has filled out to a large size(as they say) and plays the drunkard husband amiably. Pretty Zeinta is refreshing in her new avatar.
The surprising thing about the movie is that it is shot entirely in Los Angeles and other American locales. This is a first for me. I have seen other movies with the scenes jumping in songs from Japan, Egypt, Hong Kong, Singapore, New York, London etc. etc. but an entire movie in an American city I feel is a first.
The hall was empty, it was a Monday. The caramel popcorns and strong coffee were ideal. Perhaps that is what gave me the feeling of having come out fresh out of a spa session.
Loved the movie. Oh yes, a special mention for Govinda. He is three good.